One of the wines I recently tried was Esprit de Puisseguin red from 2016, sealed with an Integra, that’s the injection-moulded synthetic…got it?! Predictably, it was a really good wine. Wine isn’t coffee but I’m going to mention it here because it shares a number of attributes with wine – hehehe, aside from being a beverage. Significantly, there is a connoisseurship (get that one right without the spellchecker…) associated with coffee that is almost as involved as that with wine. However, while wine geeks just have to pour the stuff, coffee geeks have an instrumental role in making their drink of choice. It’s the equivalent of being given the grapes and told to make wine from them. Well, not quite, but you get the idea. 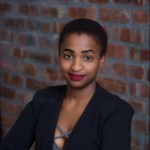